Legal Aid helped Jane and her daughter escape a dangerous and abusive situation. They can now rebuild and live a life free of violence. 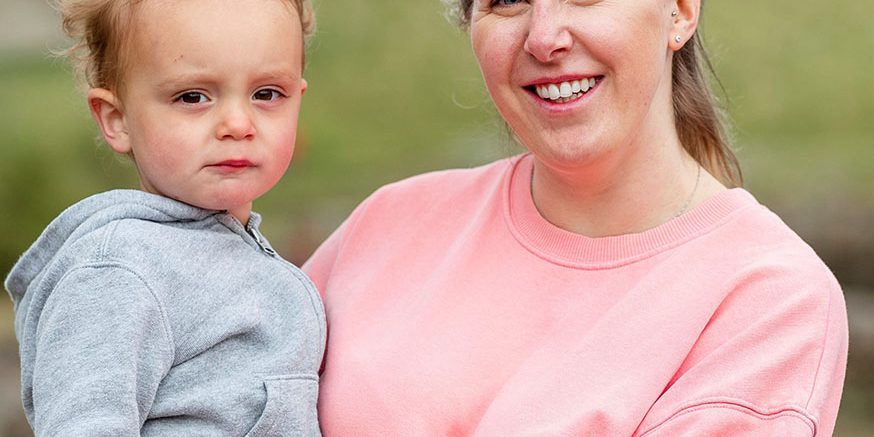 Jane is probably quite like someone you know; she loves her daughter and would do almost anything to keep her safe.

Jane originally applied to Legal Aid for help getting an order of protection against her baby’s father, George. During Jane’s pregnancy, George had become physically abusive, pushing her and almost knocking her to the floor. The abuse escalated after the baby was born.

In addition to being violent towards and controlling of Jane, George refused to authorize vaccinations and important medical treatments for their child. An operation that the child needed was delayed by over a year due to George’s opposition. Once, when the child was having trouble breathing, George refused to give the ER doctors permission to administer a breathing treatment, even though the doctors said this treatment could save the child’s life.

After Jane filed for an order of protection, George hired an attorney and filed for custody of the child. Legal Aid agreed to represent Jane in that case as well. George’s behavior grew increasingly strange and erratic as the case went on, and his attorney withdrew.

The case went to trial. George was so belligerent and uncooperative that he was removed from the courtroom in handcuffs. The judge granted Jane sole legal and sole physical custody of her daughter. George is not entitled to any visitation with the child, nor will he have access to the child’s medical records. Jane will be allowed to keep her address confidential. George was ordered to pay $1,000 per month in child support—even more than Jane requested.

Now, Jane and her baby are free to live happy, healthy lives without George’s abuse.