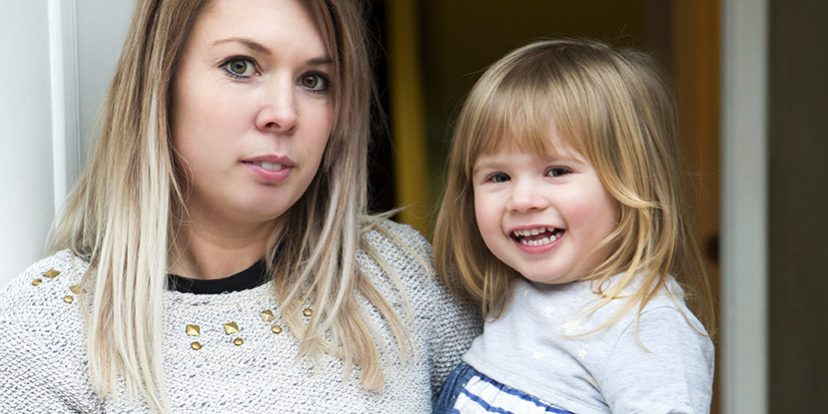 During Denise and Kirk’s relationship, Kirk frequently talked down to Denise, telling her she wasn’t good enough for him. When Denise became pregnant, Kirk threw her belongings out of his home and tried to pressure her into getting an abortion. Denise had the baby and allowed Kirk visits. At the end of one of these visits, Kirk pushed Denise and attacked her brother, breaking his nose. Denise obtained a Full Order of Protection, with help from a Legal Aid attorney.

Several months later, Kirk hired an attorney and filed a paternity/custody case against Denise. The same Legal Aid attorney agreed to represent Denise in the case. The evening after accepting Denise’s case, Kirk sent her a series of vaguely threatening text messages, including, “Just know that it did not have to come to this.” Denise spotted Kirk’s car behind her house. A minute later, shots were fired, and two bullets entered Denise’s leg. The child was only ten feet from Denise but fortunately was not injured.

The Court appointed a Guardian ad Litem. During the case, Kirk continued to behave erratically, including by chasing down and hitting Denise’s stepfather’s car while the child was inside. After an extensive discovery process, drug testing, paternity testing, mediation, and several different temporary visitation arrangements, the parties reached a final settlement agreement.

Denise will have sole legal and sole physical custody of the child. Kirk visitation will be supervised until he completes a multi-week parenting course and anger management counseling. His visitation will then gradually increase until he has the child every other weekend and every other Wednesday evening. All exchanges of the child will occur at public locations. Denise will be able to keep her address confidential. Kirk will pay at least $612 per month in child support, plus an arrearage of almost $7,000. Kirk also has to maintain medical and dental insurance for the child through his employer. The Guardian ad Litem fees will be paid by Kirk and by Jackson County, not Denise.

After the final hearing in March, 2017, Denise wrote, “Laura thank you so much for everything. You have been here since December 2015 and never left my side. I appreciate all of your help through this stressful process.”